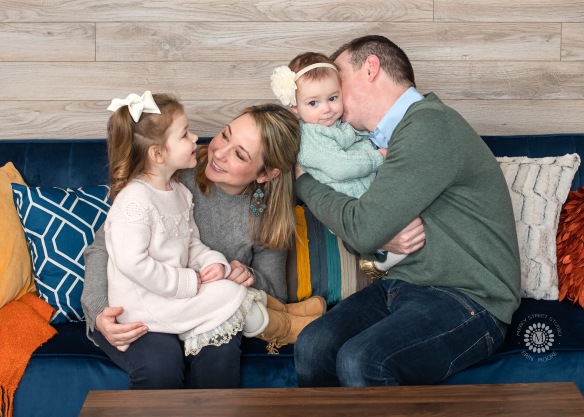 When we families to sit on the sofa and pretend we’re not there for a few minutes, we get a glimpse into their livingrooms at home. 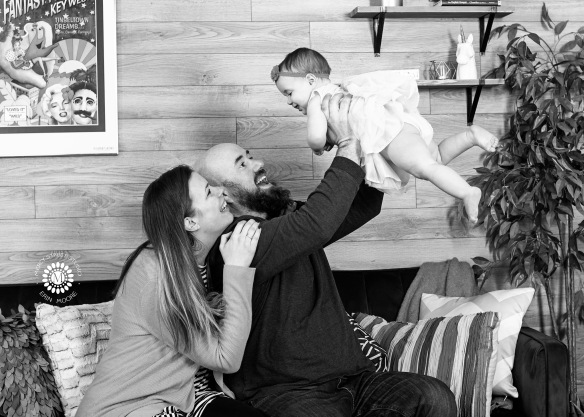 That was the vision behind the studio livingroom set – that we could peek into our client’s sofas at home, and capture those candid moments …only at our studio.

Having posed family pictures is great, but having those fleeting moments of laughter, play, and snuggles are even better. As time passes these are the things you’ll long to look back on.

For most families, the sofa is where they hang out, watch tv, laugh, play, snuggle, tickle, and gather at the end of each day together. 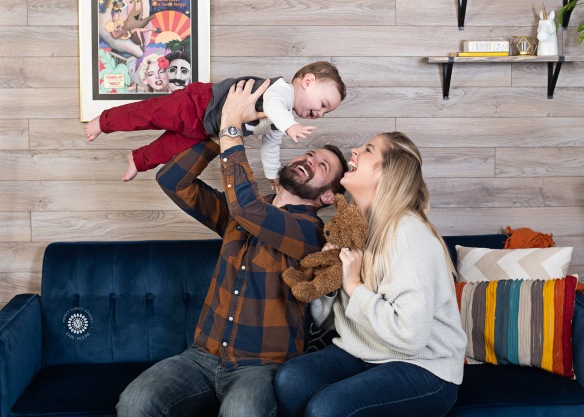 I’ve said it before and I will say it again, photographing Fresh 48 hospital newborn sessions is so special to me. When I am invited into such a new and sacred space in peoples lives, it means a lot. It was actually the father of the Mommy to be that reached out to Mercy Street Studio to inquire about us photographing his new granddaughter; he lived across country and wasn’t sure he was going to make it out to be here the day she was born and he didn’t want to miss anything! Go ahead…you can say  ‘Awwww!!!” 🙂 I mean how sweet is that?! Once the Mommy to be and I were in contact with each other I realized that she was already overdue with baby! So I got to play the baby waiting game with them, checking my phone every few hours (aka minutes :)) and wondering when this little lady would make her grand entrance! Once she arrived (over a week late!) I was thrilled to finally meet the whole family at the hospital for her first photo session.

This little lady was so photogenic. I’ve never photographed a 2 day old who didn’t make a peep, and made a point to look toward the camera each time I lifted the camera. I could not stop laughing at her little face turning toward wherever I positioned myself. I was lucky enough to be photographing this Fresh 48 newborn session while Auntie and Grandma were there too, and they told me that she gets all her cheekiness from her Momma!

Wherever she inherited being a photogenic little ham from…she sure loves her Mommy! 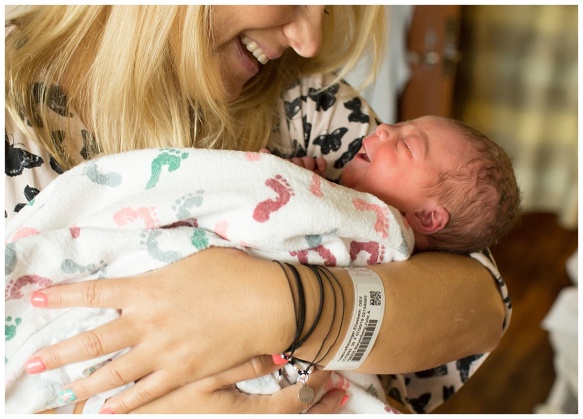 And because there are few things that make me melt more than a new Dad falling in love with his baby, I can’t resist sharing these sweet photos. I’ll just go ahead and start the chorus of  ‘Awwwww’s!!!” 🙂

I knew that this family also had an in studio newborn session planned with Sarah, our newborn photographer, for the following week and I was so excited to see more of little Chloe the next week…and I think even at only 2 days old, she was excited for another photoshoot!

Thank you again for inviting me to photograph your new family. Fresh 48 newborn sessions are one of my favorites to photograph, and I was honored to get to know your new little family of three!

It seems like its baby season which I love! I got to have my ‘baby belly fix’ by photographing two mini maternity sessions back to back. We had the most perfect early June night, which means we had zero humidity or mosquitos!

My first couple are awaiting their first baby–a BOY! I loved how excited they were to meet their son but were also soaking in their last few days/weeks as a family of two. They were headed to have a nice dinner after, and I appreciate how they spoke about knowing life was about to change, and they wanted to enjoy their time together!  Here are a few photos from our session! 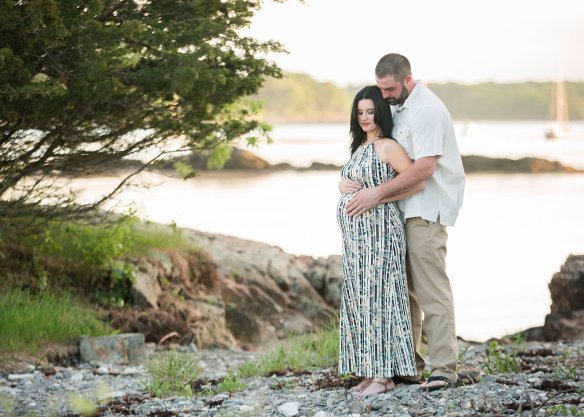 My next family was getting ready welcome baby #3, and the gender was going to be a surprise! The ‘big’ kids were so excited to be having a new baby and loved hamming it up for the camera! We walked around taking photos and talking until we lost the sun and time just flew by.

Thank you for spending your evening with me, and stretching bedtime a little later for the occasion! 🙂 I had a great time getting to know you and sharing some laughs!

Best of luck to both these sweet families as they welcome a new life into this world!

I took two trips in March, which meant I spent half the month not taking pictures. (Yes, I don’t bring my camera on trips..because..well…vacation). However, I do spend a lot of travel and down time taking online training classes and daydreaming about pictures I’d like to make.

The brain is funny, it doesn’t seem to have an “out of office” mode. 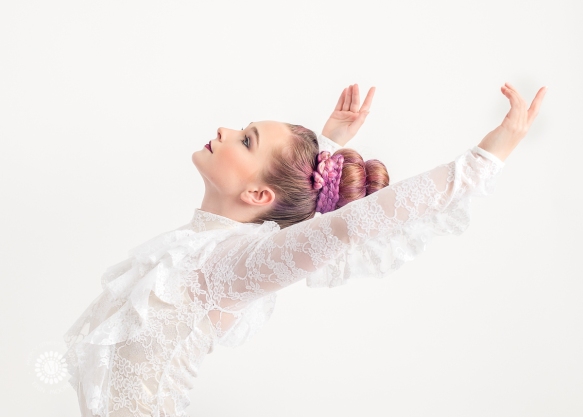 When I came home I immediate started texting people about doing some creative photography. And then my friend Julie (Julie Freitas Photography), contacted me about photographing a dancer because she was itching to do some dance photography and knew I’d be down.

Because I was in ultra-creative mode when she contacted me, I jumped right on it and planned an editorial style shoot before really asking her what her vision was. Oops. Once I planned the editorial shoot with my girls at Max Charles, I realized that Julie wanted to do more traditional ballet pictures.

So..two shoots. The more dancers the merrier as far as I’m concerned. 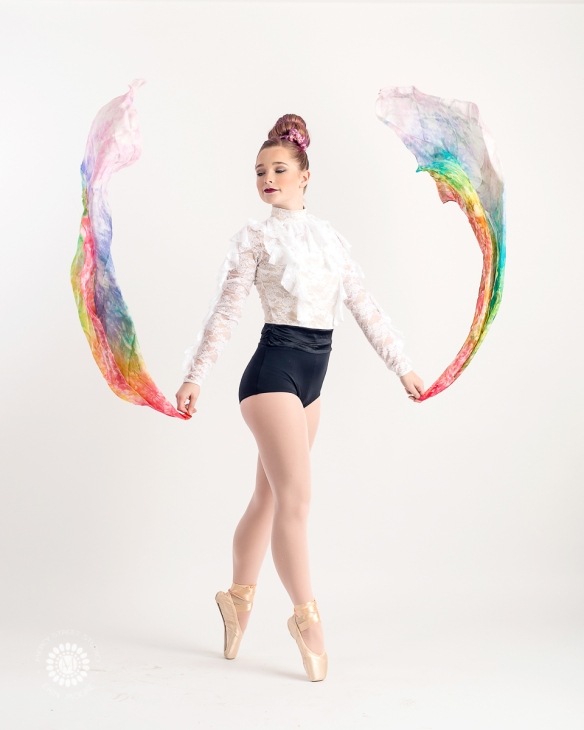 This beautiful ballerina came up from Massachusetts on a school day (sacrificing her first lacrosse game), spent an hour with hair and makeup, and then came to the studio for pictures. (Oh, and the rainbow scarves? Those were given to me that morning as a gift by an aspiring photographer! What amazing timing?!)

That April morning we woke up to flurries and the idea for the “Spring in New England” was birthed.

After we photographed her dancing and leaping I sat her down for a portrait. I can’t tell you how much this portrait means to me. I adore it.

A few weeks later we had a second ballerina in the studio. This time my friend Julie came up to shoot, and our own Sarah joined in on the fun as well. Since they are both newborn photographers, shooting someone leaping and dancing was a new challenge! 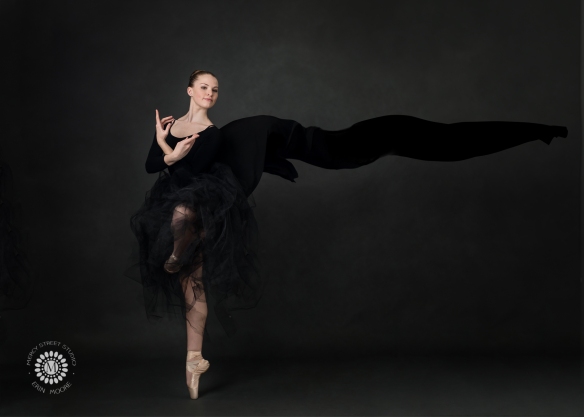 Iona is a ballerina from NH and she was full of grace and adventure. 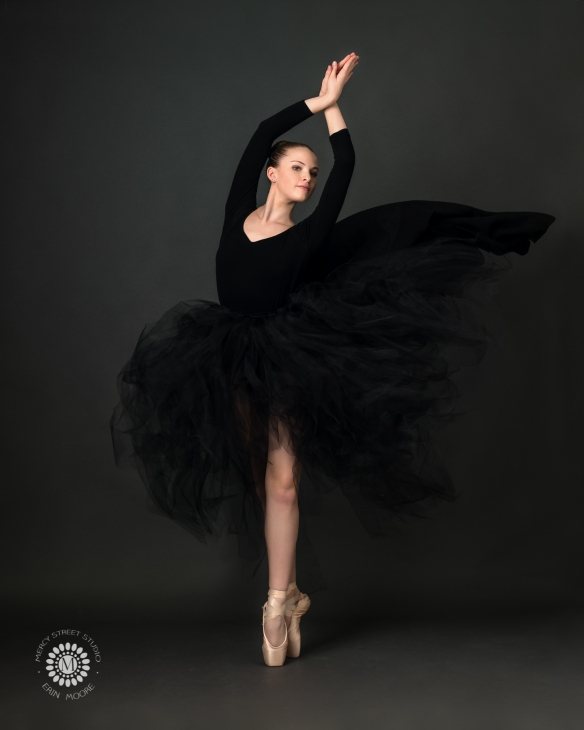 So much so that we tossed one of our maternity gowns on her and draped on of our crazy fake tutus around her and stood in awe of how magical she made it all come together.

This year in particular, it feels like I’m photographing seniors who I’ve photographed as children. Idk maybe that’s every year..but this year it just feels even more so. Seeing kids grow up from behind my lens has been one of my greatest joys. Who knew being a portrait photographer would provide this sort of fringe benefit? Relationships are everything ❤️